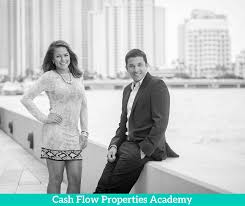 Camilo and I were walking by a watch booth at the mall. He pointed out a particular watch that he really liked. I made sure to remember which one it was because I had been interested in giving him a “congratulations” gift for closing a very significant deal that he had to work very hard for.
When he got distracted in another store, I made my way back to the watch booth to purchase the watch he loved. I approached the booth and a very nice lady came to help me out. I asked how much this fabulous watch was and she said, very softly, “$1298.00.” I almost fainted when I heard that! I had no idea it was that much. I thought it would be somewhere around $300 – $400, but never did I expect it to be so much!
I immediately felt a little ridiculous because there was no way I was going to spend that much for just a watch. Not that it was not worth it, mind you. But I was just not expecting that type of price.
I thanked her for her help and asked her where she was from. She said Brazil, and I immediately lit up and told her how my husband had gone to the world soccer cup in 2014, and how much of a good time he had there, the people being so warm and welcoming, and that it was truly a life-changing experience for him.
We built up a rapport and got deeper into the conversation, enjoying every minute of it. She asked me where I was from and I told her Colombia. She said her husband was from there too and we started talking excitedly about the city he was from and other things. Since I had connected to this lady on such an amazing level, I took the opportunity to go for the negotiation tactics I had learned over years and years of experience in real estate.
As the number one rule in this type of negotiation is to create rapport and have the person on the other side like you, I began to tell her about my situation. I told her that I really wanted to give this watch to my hubby who did such an awesome job on his last deal and that he would really love to have this watch. Unfortunately at the moment, I was unable to afford it. Was there anything she could do for me so I could get it for my amazing husband? Yes there was, and she lowered the price to $800!
This is an example that these negotiating tactics really do work. Now I was not going to stop there. When you know these types of tactics and practice them, and then see the results they bring, you become a little addicted. This makes me want to keep going and going until I feel that I got the best deal I could. Understand that this comes from a place where I make sure everyone walks away from the transaction happy. That’s the only way to get the best deal. I make sure I create a win-win situation for everyone involved. These negotiating tactics can be a tool that you can use to save yourself thousands and thousands and thousands of dollars and it is so much fun! It is actually the module I love to teach the most on our Cash Maker Program because we reveal all the secrets and make our students master negotiators to get the best deals in Real Estate.
Back to the story. I told her that if my husband ever learned that I had spent $800 on the watch, he would kill me, but I knew he would really love the watch. I asked her one more time if she could do any better and stayed quiet to wait for her response. She gaveme an even lower price. I keptthis going for a little while more. Explaining my reasons and using my negotiation tactics I was able to get her to go all the way down to $397.00. I was getting a killer deal at the moment, but I wanted more! So I went ahead and went in for the close saying, “If you can sell the watch to me for $380.00, I can pay you right now, all in cash.” This was actually a comical moment because up to this point she dropped the price on her own. But now, to go $17.00 lower, she felt that she needed to call her manager, so she did. And I got this $1298.00 watch for only $380.00!
This was not rocket science by any means. Anyone can make things like this happen all the time if you know the simple formula and tactics, and when and how to use them. You can get these types of savings also. We’ve uploaded the picture of the receipt to our website at www.cashflowpropertiesacademy.comif you’d like to verify my story. To get the cash I would have had to run to an ATM machine, so the lady was nice enough to let me pay with a credit card, as you can see on the receipt.